THE COST OF LOST ACCESS TO NATURE IN THE NEXT 200 years.

There is noone left that needs to be convinced of the urgent and profound importance of nature not only to all existing human life, but all future generations. It is also vitally important for the economy, industry, medicine, and most of our functions on earth.

Ealing has acknowledged a state of Climate emergency – now is the time to take action. 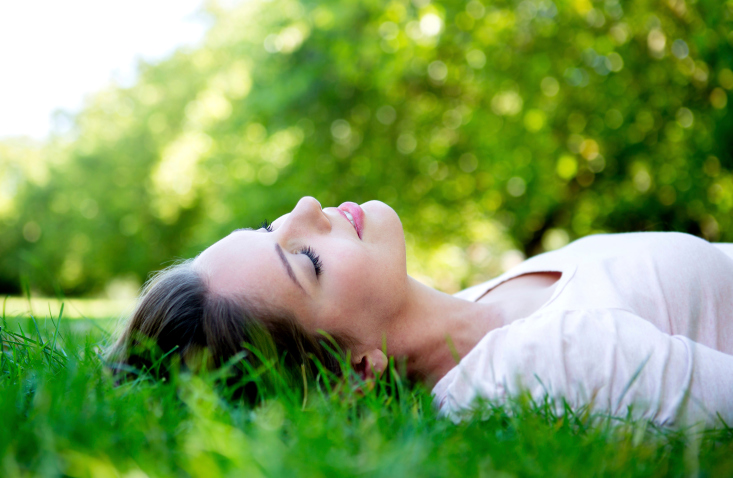 Studies suggest that the evidence of the restorative effects of green spaces, and contact with nature, is more compelling than the evidence on the potential benefits for physical health. While it is well known that access to or views of open space can help to improve patient recovery times, and can help to improve care time at hospitals and the amount of medication that patients require. Research has shown that individuals who have some nearby vegetation or live closer to open space are seem more effective in managing major life issues, coping with poverty, and performing better in cognitive tasks.

Interestingly, in its report Ecotherapy, the mental health charity MIND identified that people who experience mental distress frequently used physical activity such as walking and gardening to reduce stress and vulnerability to depression. ‘Ecotherapy’ is the name given to the green agenda for mental health whereby people are engaged in green exercise activities as part of their treatment program.

The report identifies that taking part in outdoor activities can help to develop motivation, raise self esteem and reduce isolation. Of particular relevance is a small-scale study evaluating the effects of walking or cycling in a group in a country park as opposed to walking or cycling in a group in an urban area. They found that walking and cycling in the different settings provoked different responses in terms of self-esteem and mood and that being near nature had a more positive effect. In fact, overall, 90% of people who took part in MIND green exercise activities said that the combination of nature and exercise is most important in determining how they feel.

There is also growing evidence that some behavioral or emotional problems in children, such as attention deficit disorder, can be improved by exposure to green space. Studies have shown that the quality of and access to public green space had a direct correlation on the severity of children’s ADD.

Meeting the “pyramid of human needs” 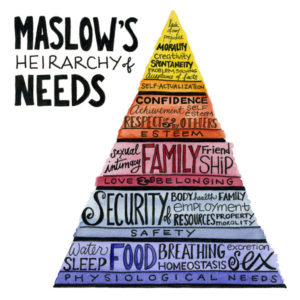 David Telford, Director at Hurley Palmer Flatt  (UK’s leading independent engineering consultancy) and a practicing environmental psychologist, strongly believes that open space has a human amenity value. He asserts that open spaces have the capacity to meet a “pyramid of human needs.”

This pyramid includes the need to feel comfortable, the need for leisure/exercise, the need for social interaction, and the need for aesthetics. By meeting the “pyramid of human needs,” an open space has the capacity to indirectly transform an area as the area’s residents are more motivated and economically productive.

” The public realm affects our humanity and our enjoyment of life. The totality of civic space is what matters, not just a few good buildings. Everyone should be able to enjoy open, public space. It should be simple in concept, so it can be used by everyone in different ways. One of the responsibilities of developers is that we must remember that cities should be a series of places. Creating and maintaining good open spaces can help to generate civic pride.” 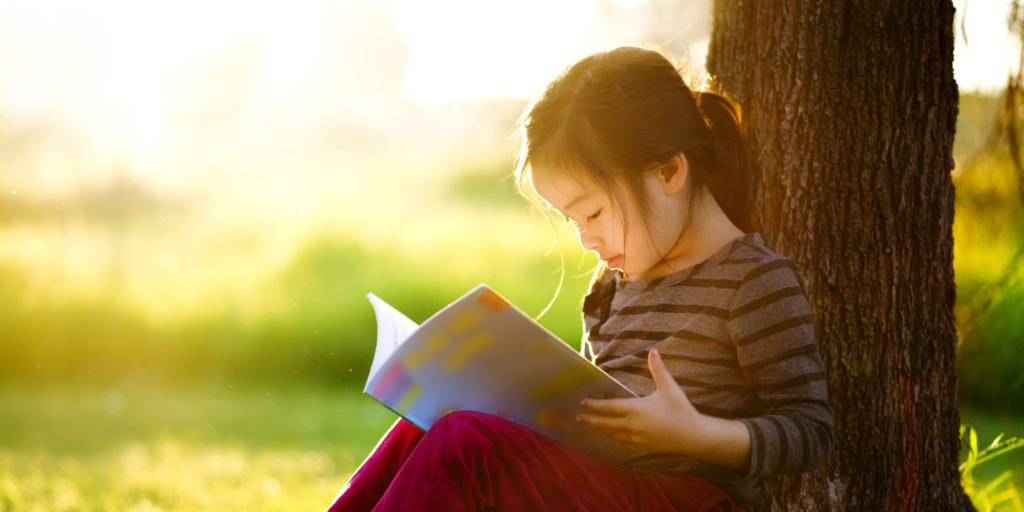 Research reveals that environments can increase or reduce our stress, which in turn impacts our bodies. What you are seeing, hearing, experiencing at any moment is changing not only your mood, but how your nervous, endocrine, and immune systems are working. The stress of an unpleasant environment can cause you to feel anxious, or sad, or helpless. This in turn elevates your blood pressure, heart rate, and muscle tension and suppresses your immune system. A pleasing environment reverses that. And regardless of age or culture, humans find nature pleasing.

In one study cited in the book Healing Gardens, researchers found that more than two-thirds of people choose a natural setting to retreat to when stressed.

Being in nature, or even viewing scenes of nature, reduces anger, fear, and stress and increases pleasant feelings.  Exposure to nature not only makes you feel better emotionally, it contributes to your physical wellbeing, reducing blood pressure, heart rate, muscle tension, and the production of stress hormones. It may even reduce mortality, according to scientists such as public health researchers Stamatakis and Mitchell.Research done in hospitals, offices, and schools has found that even a simple plant in a room can have a significant impact on stress and anxiety.

In addition, nature helps us cope with pain.  Because we are genetically programmed to find trees, plants, water, and other nature elements engrossing, we are absorbed by nature scenes and distracted from our pain and discomfort. This is nicely demonstrated in a now classic study of patients who underwent gallbladder surgery. Half had a view of trees and half had a view of a wall.  According to the physician who conducted the study, Robert Ulrich, the patients with the view of trees tolerated pain better, appeared to nurses to have fewer negative effects, and spent less time in a hospital. More recent studies have shown similar results with scenes from nature and plants in hospital rooms.

One of the most intriguing areas of current research is the impact of nature on general wellbeing. In one study in Mind, 95% of those interviewed said their mood improved after spending time outside, changing from depressed, stressed, and anxious to more calm and balanced.

Other studies by Ulrich, Kim, and Cervinka show that time in nature or scenes of nature are associated with a positive mood, and psychological wellbeing, meaningfulness, and vitality. Furthermore, time in nature or viewing nature scenes increases our ability to pay attention. Because humans find nature inherently interesting, we can naturally focus on what we are experiencing out in nature. This also provides a respite for our overactive minds, refreshing us for new tasks.In another interesting area, Andrea Taylor’s research on children with ADHD shows that time spent in nature increases their attention span later.

According to a series of field studies conducted by Kuo and Coley at the Human-Environment Research Lab, time spent in nature connects us to each other and the larger world.  Another study at the University of Illinois suggests that residents in Chicago public housing who had trees and green space around their building reported knowing more people, having stronger feelings of unity with neighbors, being more concerned with helping and supporting each other, and having stronger feelings of belonging than tenants in buildings without trees.  In addition to this greater sense of community, they had a reduced risk of street crime, lower levels of violence and aggression between domestic partners, and a better capacity to cope with life’s demands, especially the stresses of living in poverty. This experience of connection may be explained by studies that used fMRI to measure brain activity. When participants viewed nature scenes, the parts of the brain associated with empathy and love lit up, but when they viewed urban scenes, the parts of the brain associated with fear and anxiety were activated. It appears as though nature inspires feelings that connect us to each other and our environment.

Too much time in front of screens is deadly 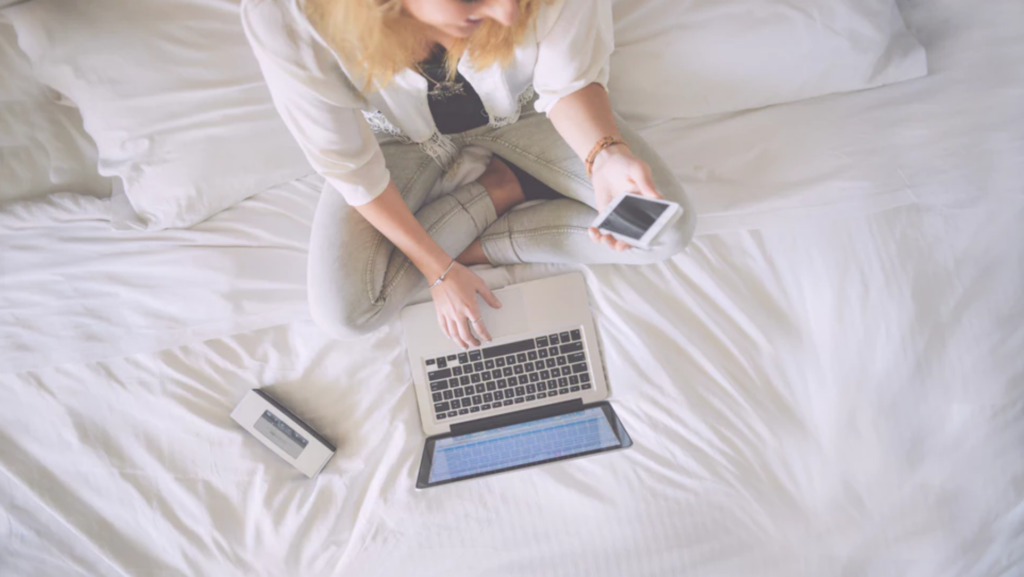 “Nature deprivation,” a lack of time in the natural world, largely due to hours spent in front of TV or computer screens, has been associated, unsurprisingly, with depression. More unexpected are studies by Weinstein and others that associate screen time with loss of empathy and lack of altruism. And the risks are even higher than depression and isolation. In a 2011 study published in the Journal of the American College of Cardiology, time in front of a screen was associated with a higher risk of death, and that was independent of physical activity!

ACT NOW and have your say … on our comments page.